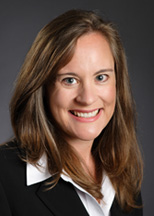 Amy Cook Olson, Esq., is a trial lawyer with a focus on the representation of physicians, nurses, hospitals, and health care corporations involved in medical negligence and health care litigation.  She is an experienced trial lawyer, and has tried over fifty cases throughout her career.  Ms. Cook Olson serves as national outside counsel for several businesses and defends litigation throughout the United States in cases involving complex and class action litigation involving health care and business disputes.  Ms. Cook Olson also represents both plaintiffs and defendants in personal injury and products liability matters. She is admitted to practice in both Colorado and Illinois, and is admitted before the United States District Court for the District of Colorado and the Tenth Circuit Court of Appeals.  Ms. Cook Olson has an AV Preeminent® Rating by Martindale-Hubbell®, the highest rating in legal ability and ethical standards.  She was recognized as a Top 50 Women Lawyer in 2013, 2014 & 2015 by Colorado Super Lawyers, and has been recognized by Colorado Super Lawyers since 2011.  Ms. Cook Olson is a member of the American Bar Association, the Colorado Bar Association, and the Colorado Defense Lawyers Association.

DOCTORATE OF LAW | 1996 | UNIVERSITY OF DENVER, COLLEGE OF LAW